Today I have the honor to share another beautiful, honest experience story with you. The writer has relapsed into drink several times in his life, but fortunately seems to have seen the light again to change course for real this time. And I’m sure he will, simply because he believes in himself. The key to success! Enjoy:

About a month ago I decided to stop drinking, after I once again drank way too much while that was certainly not the intention.

I started drinking when I was 12 years old. I am now 55 years old so you can say this has been around for a while. I’ve been through quite a bit in my life, which continued to fuel drinking.

When I was 29 I met my current wife. I immediately told her that I had a drinking problem, or rather “have”! I also told her that I wanted to do something about this. For me, that meant to become a social drinker.

During this time we went out a lot where there was quite a bit of drinking. However, this was not in the amounts I drank before. In addition, my wife drank and drinks little or not at all and she even has an aversion to alcohol. Until I was 40, we had several very difficult periods because of this. I had been drunk again or my mood was very changeable (read: angry). I was also angry at the whole world and society. This manifested itself at a time when our marriage was almost breaking down.

The next day, when she was at work, I called the addiction help (Bouman). I then stopped for 1.5 years. Until we thought together that we could have a drink again. This went well until I was 53. I was no longer drunk and did not continue to drink. Until my wife occasionally went away for a week and I drank myself completely off the world for the first 2 days. I didn’t want to tell her this because I didn’t want to hurt her. But I got into situations where I had to tell. So a lot of crying and sorry’s and then things went well for a while. The last 1.5 years of eating out, the wine started flowing again, with whiskey after dinner for me. I also bought another bottle of whiskey for home, and did not see any real problems in that.

At work I suffered from stress, which had nothing to do with alcohol, but which made me drink more and more. This had erupted 2 months ago. First with friends of ours, where I was completely stunned by the alcohol, and a few weeks later when my wife was alone with friends. I drank so much then that my face and glasses fell together.

This was no longer acceptable, not for myself, but I could no longer hold this up to my wife. It became clear to me that I cannot drink socially. Especially when I’m alone (without my wife). So I made an appointment with my GP to go here with my wife. No sooner said than done. Now I’m waiting for an intake at the addiction clinic.

In the meantime, I haven’t touched a drop. Even though I have been in situations where I would normally drink, and that made me feel insecure. But after this I was proud that I hadn’t drunk anything, (yes, water and 1 Coke). I also told everyone that I don’t drink anymore.

The latter still sounds unbelievable. See first and then believe, certainly in this regard to myself.

I wish everyone the best of luck, but myself most of all.

And that’s how you do it! I sincerely hope that with this brave step you can finally put an end to the addiction. And I hope it’s your turn soon at the clinic. I can imagine that it must be very annoying to have to wait a long time for that… But hang in there and keep it up, you’re doing a great job!

And if somebody else would like to share his or her experiences with quitting alcohol after reading this story: please do! Just leave your e-mail in the form on this page and I’ll contact you as soon as possible. 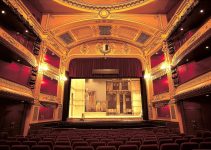 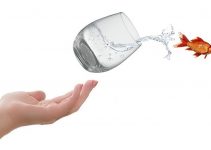 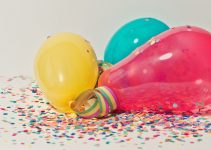