We are all aware of the devastating effects alcohol can have on life. Relationships, accidents, stupid decisions… But luckily, you can have a say in these fates. You can prevent this by choosing for an alcohol-free life. The writer of this story did so, and with some help of the AA and a lot of perseverance and personality, she is finally free and at ease. Very nice to read:

What do you do in everyday life?
At the age of 25 I decided to stop drinking. Now I work in the office as an administrative clerk. Before that, I mainly worked in the hospitality industry and at a factory. I felt like it was okay there to sometimes arrive with a hangover and have loads of drinks after work. Where that was not accepted, I usually quitted my job soon.

What did you mainly drink and how much/often?
In my teenage years I mainly drank Vodka Red Bull, then more often cava or gin. And at the top of my drinking problem, I drank beer or Duvel (a darker beer). That is simply cheaper and much easier to drink than cava or gin. Also, it’s easier to just toss your empty cans in the trash instead of bringing all your empty bottles to the glass container over and over again. I also often hid my garbage bag behind other garbage bags so that they didn’t stand out. Well, who looks at other people’s garbage bags…?

How long have you stopped drinking alcohol?
Almost 9 months now, but it feels much longer. Fortunately it doesn’t bother me either. In the beginning I thought “someday I’ll just have a single drink every now and then, like non-addicts”, but that is not possible for the time being (or never) . That’s because I just don’t know my limits. I’ve also stopped smoking for over 3 months now, and if I’m honest, quitting smoking is easier than quitting drinking. Drinking is so socially accepted that it is really difficult to step out of it.

Was this your first attempt?
I had often thought about quitting and occasionally said ‘I’ll never drink again’ after a hard night, but I never took this seriously. 9 months ago I had a hellish relationship where alcohol also sometimes was a culprit, and then (we) me decided to quit alcohol. Unfortunately, my ex-boyfriend has relapsed, but I’m still holding on.

What stopped you from giving up alcohol sooner?
The sociability, the leaving, the spontaneous… Alcohol releases a lot in a person. After a few drinks everything is still fun, but if you can’t stop you are overdoing it.

What made you finally flip the switch by stopping anyway?
When I noticed that my relationship at the time could not last… And also all the accidents I had at a young age under influence of alcohol. The relationship problems between my ex, family, friends, work…

What have you experienced as the biggest benefits so far?
Everything finally runs ‘normal’… I often say ‘boring’. No more crazy nights, no more fights, but that’s okay. It’s much better even! I finally found the peace I was looking for all this time.

And what do you miss the most?
I am very insecure and have a closed personality. When I drank everything loosened up and I was the ‘man’ (woman). I dared much more, also sexually. I now notice that this is a stumbling block in my new relationship. Sometimes I think I shouldn’t drink just to give myself completely? And then I think no! First of all, that is not necessary and he likes you as you are.

So: what do you miss least about alcohol?
The money that was wasted, the blackouts every time, the oversleeping, the unkempt appearance, my body that was used up…

What do you do when you have a hard time and want to drink again?
So far I haven’t had a hard time. I do like that there are all those non-alcoholic drinks. Every time I go to a restaurant, have a drink or just stay at home with friends, there are mocktails and so on. Then you have a little bit of that festive feeling. I am really impressed with what non-alcoholic products exist and how tasty it is!

How do you plan to deal with alcohol in the future?
I vowed never to drink again. But they also taught me to live from day to day and to resolve to myself: today I don’t drink, tomorrow is a day for later. I still do AA meetings, but not as many as before. I don’t need to for now.

Do you have any tips or advice for people who also quit alcohol?
If you’ve had in your head ‘wouldn’t it be better if I stop’, I’d say: DO IT. It’s okay and so socially accepted that you don’t drink. Many people also look up to it. It is not for nothing that they now also have non-alcoholic drinks on the menu at almost all cafes and restaurants.

Finally: what do you want to say to anyone who is still in doubt whether they should stop drinking or not?
I started drinking and drugs at a young age. I never knew who I really am. And I can imagine that you also ‘forget’ that after drinking for a long time. It is nice and at the same time also exciting that I now finally get to know myself. As well as how you can enjoy the small things.

So I would definitely say: DO IT!

And I can only agree with you completely! What could be better than getting to know yourself as you really are? After all, you’re bound to be with yourself every day, so you’d better have a good time, right? Thank you so much for sharing your story, and I sincerely hope that you continue to follow this wonderful path that you have now embarked on. Enjoy and good luck!

And if someone else, after reading this story, would also like to share his or her experiences about quitting alcohol with us: please do! Just leave me your email at this page and I will send you some questions as soon as possible. Hopefully together we will help new people get over the line! 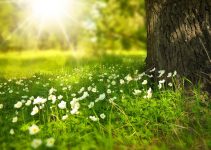 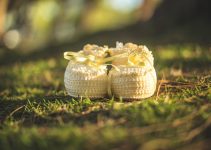