Unbelievable, the way you can behave yourself under the influence of alcohol… I think everyone here can come up with stories and anecdotes of being drunk, but don’t think everyone has experienced what made the author of this week’s experiential story decide to quit drinking. But luckily her bad experience was a wake-up call to do things differently from now on. Read her beautiful step towards alcoholfreedom here:

What do you do in everyday life?
I am a 44 year old woman, married and I have 2 children.

How long have you stopped drinking alcohol?
Over half a year.

What did you mainly drink and how much/often?
I drank white wine. Since 2015, the use of alcohol has increased more and more, to what must have been a bottle a day in recent years and even more in the weekends.

Is this your first attempt to stop drinking?
It’s not my first quit attempt. I have tried several times to cut down, for example by not drinking during the week or only 1 drink a day. I then compensated for this over the weekend by drinking excessively. I was also thinking about it every day: when can I have another one? And when I allowed myself to drink one, I actually wanted more. I was always thinking about it… I find it more difficult to cut down on alcohol than not to drink at all.

I tried to stop with the help of Baclofen after reading a book by doctor Olivier Ameisen who used it to stop drinking, but because of the side effects it gave me (feeling intoxicated / drowsy) I stopped. I once participated in Dry January. This went well, but that month I thought enough was enough… I thought I was pathetic and saw people everywhere enjoying a glass of wine while I wasn’t allowed to. That always felt like a punishment, and in February I quickly drank just as much as before.

What made you think about quitting alcohol?
I often got into trouble because of my alcohol use. When I drink I can’t control myself and I go all the way. During parties or a visit to a bar I regularly misbehaved. I can’t count the times I’ve fallen dancing. Also the way of communicating under the influence, I’m ashamed to death. Telling the same thing a dozen times, someone you know from the past and would only say hello soberly, talking under the influence as if it is your best friend … pff!

I also fell a few times with my bike, causing a scrape on my chin, I forgot my coat in the pub. I also sometimes fell with my bike after a birthday party with the children. So embarrassing.

My relationship has also been under pressure several times because of my alcohol use. My husband always felt like I was trying to make fun of him at parties. I never wanted to go home, didn’t take responsibility for the kids in those moments, always making him the level-headed and sensible of the two of us. When we had another party, he was already concerned beforehand about how I would behave myself again and whether we would get into an argument again. Because that happened regularly. My fuse kept getting shorter and if we got into a fight if I had been drinking I could explode. It’s only now, after I’ve stopped, that I realize that I’ve pretty much risked my marriage with my drinking.

What made you eventually flip the switch by stopping anyway?
At one point I ended up at home with a burnout. So I was certainly not feeling well when I had too much to drink one day. My husband took me upstairs where I fell asleep on the bed. When he came to look after 30 minutes I had vomited in my sleep, it was a havoc and I did not wake up. That night I woke up on a mattress on the floor and thought where am I, what happened??

My husband told me he found me like this. In a panic, he called a friend who came right away and helped him change everything. I don’t know about it, I don’t know how I ended up on that mattress on the floor… I was shocked. I could have died! This was by far the worst experience of my life, but it was a wake-up call. I never drank again after that. My father passed away at the age of 62 from his alcohol addiction, this will not happen to me!

This nightmare is now 211 days ago. I can see this on the app, because I haven’t drunk that many days.

Why do you think it will be possible to keep it up now?
This time is completely different from previous quit attempts. I really want it now for myself and I support it 1000 percent. I’ve had no qualms about it from the start when others around me do drink. This is my decision, and what others do no longer affects me.

What have you experienced as the greatest benefits so far?
The biggest advantage I think is that I am mentally liberated. I no longer think about wine, where before I was always concerned with whether it was already time to pour the first one.

And what do you miss most?
What I’m missing: actually it’s not that bad what I’m missing. I have experienced that I can also have fun at a party without a drink, I can dance without a drink and I am also quite nice to be with if I do say so myself! The fuzzy loose feeling when you finish the third one and you know you’re going to keep going, that’s the only thing I can think of, but that doesn’t outweigh what I get in return.

So: what do you miss least about alcohol?
I miss the hangovers the least! I also sleep like a log these days. When I drank so much I slept so lightly, I woke up several times a night.

What do you do when you have a hard time and still want to drink again?
Luckily I haven’t experienced any difficult moments yet. I’ve been on holiday alcohol-free twice already, even all-inclusive (where I used to order wine from 12-11pm) was no problem.

What do you drink as an alternative if you no longer drink alcohol?
As an alternative I drink non-alcoholic cocktails at a party, cola zero, or soft drinks like ginger ale, tonic, etcetera. At home I also drink a lot of tea and coffee every now and then. I have changed my lifestyle and can now be found regularly at the gym. My marriage has been saved and is better than ever! I am looking forward to a sunny and alcohol-free future!

Do you have any tips or advice for people who also quit alcohol?
Tips: download the app, you will get a lot of strength and support from it! I have also read a lot of books about quitting drinking, this has helped me too. If you have a difficult moment, know that this feeling will go away. Find distraction, go do something you enjoy. (take a bath, take a shower, go for a walk or exercise).

Finally, what do you want to say to anyone who still doubts whether they should stop drinking or not?
If you are in doubt: it has to come from within yourself, you have to see for yourself that it cannot go on like this. Know you can if you really want to! With time, the urge wears off and you suddenly realize that you hardly think about it anymore.

And that is so true! If you want it yourself, you can do it. The moment you start to appreciate the benefits of quitting more than the benefits of drinking, it gets easier. Then it becomes something you really want, instead of something you have to do. But that moment will come naturally, because the longer you don’t drink, the more difficult it becomes to list the benefits of drinking. For real! In any case, it’s great that you have now realized that, even if that was after such a scary experience… But luckily that nasty chapter proved to be good for something after all!

thank you so much for your story and this nice contribution to the ever-growing collection of experience stories for AlcoholFreedom! If, after reading this story, someone else would like to share his or her experiences about quitting alcohol: please let me know! Just leave your e-mail on this page and I’ll contact you as soon as possible
Have a nice weekend everyone! 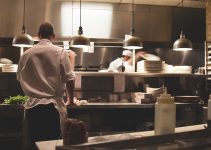 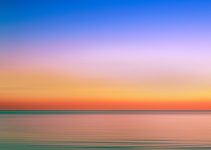 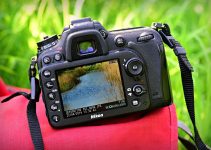