I sometimes wonder how long all the people at the AA actually struggle with their problem before they finally make the step towards recovery. The author of this week’s story has downplayed it for a long time as just ‘a little problem’ until he first went to an AA-meeting. But this turned out to be a major step in solving and recognizing this problem for what it is. Stories like these make the AA the powerful program that it is. And people like these are the actual heroes who really conquer themselves. Enjoy the read:

I was born just before the sixties. I was 5 years old when my mother died, I only heard later that she was pregnant with twins. I was raised by a second mother, a kindergarten teacher that my father remarried a year after my mother died.

During the school period I secretly started smoking at the age of 16 to fit in, my first cigarette was a heavy cigarette. Alcohol was all around me and I considered that as normal and fun. My father also drank for socializing and I understood later also to relax.

Drinking was an important part of our cozy family. Still, I didn’t drink before my 18th birthday, when I got my first beer at home. I did notice that it gave me a nice relaxed feeling.

I got married very young and we had two children with an age difference of six years. Our daughter turned out to be hard of hearing due to a hereditary condition and we took a risk to have another child. Our son is not hard of hearing. A gift.

Slowly, very slowly I started drinking more, as the responsibility and stress increased. I got burned out (either because of the drink, or because of stress) and was prescribed the antidepressant Seroxat. It had a yellow sticker on it: “Be careful with alcohol”. If only I had done this… I secretly started drinking and very quickly this got completely out of hand.

A diagnostic recording followed and for three weeks they looked at how bad it was while I had “a little problem”. I downplayed everything and didn’t want to believe that I could be an alcoholic. I resisted everything and continued to drink. Shooting in three consecutive years of 4 months has not changed anything, except maybe that I have learned everything about addiction. But this approach didn’t solve anything for me.

While I relapsed like a ball I once visited the AA; a group of wise old gentlemen who had all been sober for decades. There was a dentist among them who drank water from a cup because he no longer took a single glass.

My life works in the extremes, so it’s the same with drinks too. Traffic violations, lost bicycles, fines, nights in jail, and so on. It didn’t seem to stop stop. After a drinking period in my office, alone, I left. A divorce followed after a few years.

There was a great sense of guilt and I reported to the AA. There I told the story, that I kept drinking and took all the blame, paid everything, and so on. Remarkably, they told me there that I was in the right place and asked if I wanted another cup of coffee. This is now 20 years ago.

After some relapses I am now almost 5 years dry again. I am completing the fourth series. Already three times I have managed to relapse a month before the 5th year. That’s how 20 years pass. But I’m still here.

In Paris, I accidentally drank beer from a glass that was supposed to have tonic in it during a live football game, and I fell right back. After I had gone shopping, I once ran away angry and started drinking again. I once ran away angry for a log-in code at a holiday park and fell back into alcohol consumption for a week. The last relapse has lasted almost a year and a half of use with ups and downs. It’s okay.

Anger and sadness have made me drink more, and by finding more peace and balance I can say after many years that I can finally say “no” to the first glass. Ongoing training in the AA program with the 12 steps work well for me.

I am currently involved in Zoom meetings and this also works very well. It feels good to be able to warn others of the mistakes I have made myself. Alcoholism is a disease and it takes time, composure, courage and wisdom to deal with this condition or disability.

And finally, here’s a little more about myself:

What do you do in everyday life?
I worked for years in social insurance and since my divorce at a teaching hospital.

What did you mainly drink and how much/often?
I started with gin and beer, then whiskey mixed or not with soft drinks. At the end a liter a day, secretly.

How long have you stopped drinking alcohol?
In 2001 at the AA, relapse periodically and now almost 5 years sober.

Was this your first attempt?
No, in a period of 20 years I relapsed 3 times just before 5 years.

What stopped you from giving up alcohol sooner?
I thought I could do it all by myself… I was wrong.

What made you eventually flip the switch by stopping anyway?
I’ve had and seen everything, been in ER and IC, and made the choice to stop.

What have you experienced as the greatest benefits so far?
Only sober you can win, alcohol always wins.

And what do you miss most?
Actually nothing.

So: what do you miss least about alcohol?
Nothing. It secretly destroys everything, including yourself.

What do you do when you have a hard time and still want to drink again?
Always calmly make the choice of the 1st step AA.

What do you drink as an alternative if you no longer drink alcohol?
Coffee and water, but not for drinking. And no alcohol-free products.

How do you plan to deal with alcohol in the future?
Do not drink anything because there is no in-between, a little does not work.

Do you have any tips or advice for people who also quit alcohol?
Immediately go to the AA, visit meetings and share. It heals.

Finally: what do you want to say to anyone who is still in doubt whether they should stop drinking or not?
Choose or lose! It’s either death by drinking, or the way of recovery.

I’m so glad you made the right choice here! It seems so obvious when you look back at it, but the longer you wait with making this right decision, the more difficult it will be. You can honestly be very proud of yourself! Thank you so much for sharing, and even more for helping out others during this AA Zoom meetings. Nothing motivates more than a good example. Well done!

Thank you so much for your wonderful contribution to Alcoholfreedom! And if someone else, after reading this story, would like to write down his or her experiences with quitting alcohol: please let me know and I’ll be glad to share them here. If you fill in your e-mail on this page, I will contact you as soon as possible.

Have a nice day everyone! 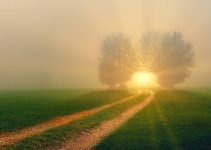 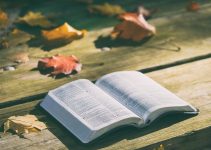 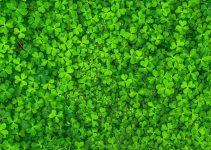