Life doesn’t always go the way you intended it. In those moments, it can be tempting to fall back on your little glass of alcohol, which has always been there for you as a common thread in your life. But that common thread can gradually turn into an addiction, and then it is difficult to break from it. But it can. The writer of this week’s experiential story did just that, after asking herself this very good question:

What actually made me drink in the first place?
It starts in my early childhood, as a child you had to learn to drink. That was part of the upbringing. And so I learned it. My childhood was not always fun, my father was an alcoholic. But I got bigger and moved out. I married a manic-depressive man. I thought I could make him happy… In the evenings I was alone and drank my wine and went to bed alone. After twelve years I divorced him.

I didn’t stay alone for long, because apparently my theater teacher had been in love with me for many years. He didn’t try anything because I was married, but now that I was divorcing, he didn’t care anymore. It soon became apparent that he was an alcoholic. I gave him a choice: either me and the kids, or the bottle. He chose me and did not drink a drop anymore, but encouraged me to continue drinking. I have sometimes asked: should I sometimes become addicted? He laughed it off and said I was too strong for that.

Together we made my theater a great success. He was my regular director. But he also got sick, a progressive brain stem disease. He has been ill for ten years and I have nursed him intensively for the last four years. For the last six months he has lived in an anthroposophical nursing home in the center of the country. I sold our house and went after him. He passed away five weeks after I moved.

And there I was: alone in a place where I knew no one and the reason for my move was dead. But then there is the bottle, which gave me comfort. My late husband had arranged with my sister that I had to try a dating site. I couldn’t stay alone. Three months later, there was a new love. Sadness and happiness walked hand in hand. Enjoy together and of course a glass at five o’clock.

After my husband passed away, there wasn’t much left of my theater so I struggled to get it back on track. And yes, after ten years I had a full agenda again. And then came 2020. My husband was a teacher and had experienced some nasty things at school. Time for a good conversation, and that’s how we celebrated the New Year’s Eve of 2019/2020 in a holiday home. While enjoying a glass, many glasses, we discussed what we actually wanted. The program “I’m leaving” about people who start a new life in a different country was on television, and that’s how our plan was born.

The house to be bought was quickly found. My husband turned out to be able to retire early, so we made a drastic decision. A permanent place in the Netherlands and a house in France. And then it was March 14. Corona was everywhere and my agenda went from full to completely empty. Final conclusion: we are going all the way to France.

And then you have to clean up. I had a two-storey workshop measuring eleven by four meters. All my attributes were there. To save costs, it had to be empty. Taking it to France was not an option and so thirty years of theater went to the landfill. Tears and drink followed. But I’m not someone who keeps on whining and thus drying tears and turning the page. The drink stayed.

On July 10, we got the key and we live permanently in France from that moment on. We have renovated a lot. We couldn’t do much else either because France locked things up well. I couldn’t go to the children and grandchildren. Result: I drank more and more so that I didn’t have to feel.

I ended up drinking one bottle of red wine a day and a bottle of whiskey in two weeks.
And then suddenly I had this insight: enough is enough.

Never again did I cry!
You run so as not to have to stand still. You work so as not to feel.
You spit which makes you feel physical pain so that everything else is not there.
You drink a strong drink to be in nothing for a while.
And then you stand still, sit down, bottle away and exhale.

I have stopped drinking and yes then the emotions come loose. I did reach for the bottle a few times, but now I’m in the right groove. Happiness and sadness go hand in hand again, but I just have to get through it. I allow the sadness and cry. There comes a time when the tears have dried up again. In the meantime I make chocolates, bake cakes, write stories and make my living environment beautiful. At the end of the year my studio will be ready and I will start creating again. No more performances but just making what I feel like.

I leave the bottle in the cupboard. I read everyone’s stories and count my blessings.

If you’re not sure about your drinking, you know you’re drinking too much. Look around you, look at the people and maybe children who need and love you. You bear the responsibility to live a healthy life for yourself, but also for others.

You can be an example to others if you find the strength in yourself to stop drinking.

And those beautiful words will definitely stay with me for a while! Because it is true: a good example is the best inspiration there is. The best way to motivate people to do something is to let it come from within themselves. Then the rest will follow naturally.

I wish you all the best there in your new place in France. I sincerely hope that you will find peace there after an eventful period. And that you can create a lot of beautiful things! After all, creativity is the most inspiring thing in the world.

Thank you so much for your story and this nice contribution to the ever-growing collection of experience stories for AlcoholFreedom! If, after reading this story, someone else would like to share his or her experiences about quitting alcohol: please let me know! Just leave your e-mail on this page and I’ll contact you as soon as possible 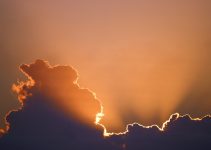 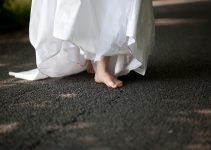 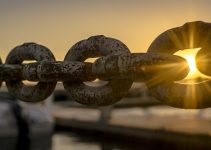